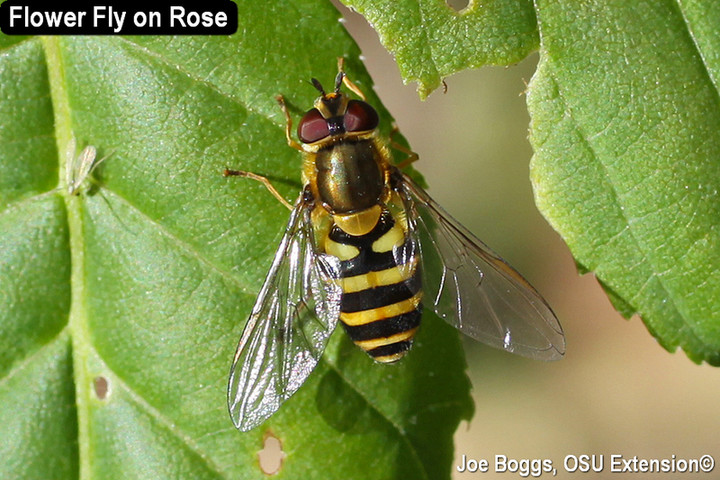 Reports of large numbers of "sweat bees" buzzing gardeners and other outdoor enthusiasts were common this past week. However, the vast majority of the hovering insects weren't bees; they were flies.

They are called "flower flies" because they are frequently seen visiting flowers. Adults are pollinators; they feed on pollen and nectar. In fact, flower flies are an important but often overlooked plant-pollinator perhaps because of mistaken identity. The flies commonly sport a black and yellow-stripped color motif to mimic bees or wasps such as yellowjackets presumably for protection against predators. 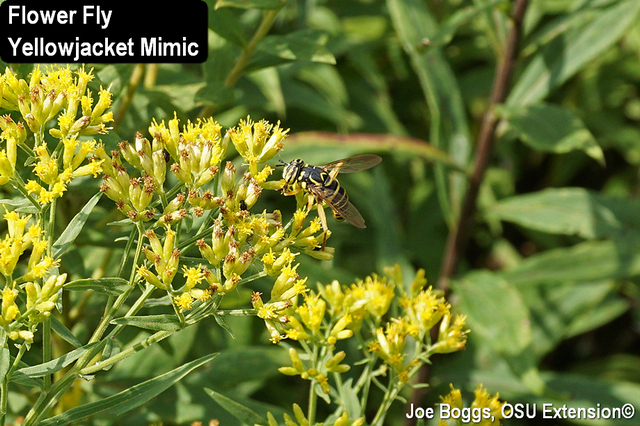 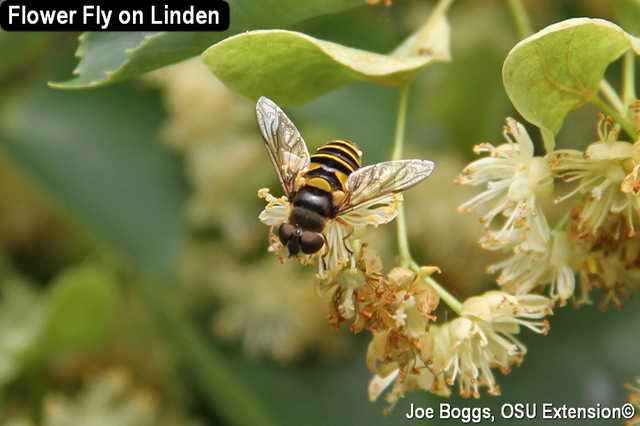 Unfortunately, the flower fly's bee/wasp mimicry can sometimes get them into trouble. Flower flies are drawn to sweaty arms where they use their lapping mouthparts to imbibe moisture and minerals dissolved in the sweat. Of course, the flies don't have stingers and they don't bite, but they look like a stinging insect to the uninitiated.

Here's how you can tell the difference between flies and bees or wasps. Flies belong to the insect order Diptera: "di" means "two and "ptera" means wing. Flies only have two wings. Bees and wasps have four membranous wings and belong to the order Hymenoptera. Look closely at those "sweat bees" hovering over your arms. If they only have two wings, they are flies. 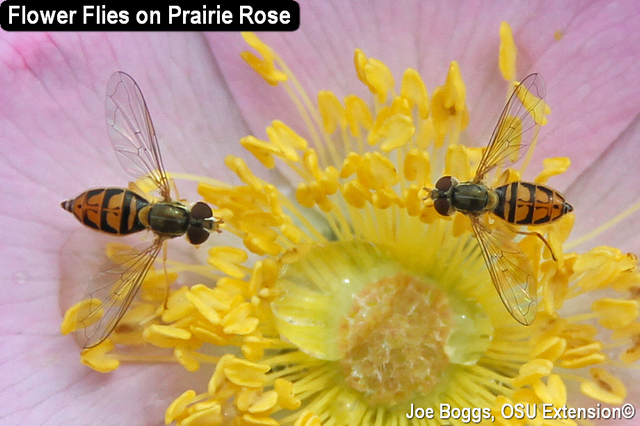 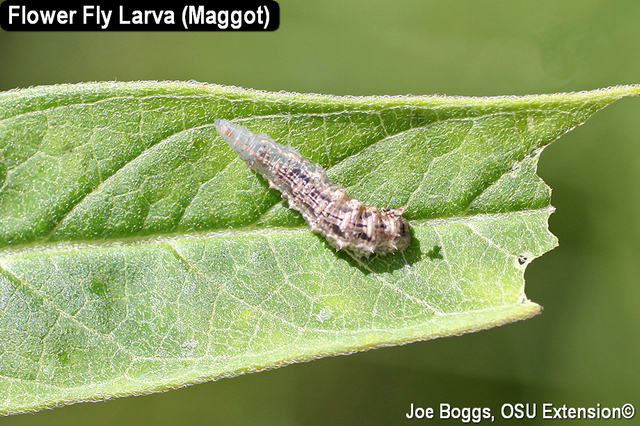 Flower fly maggots will waylay any soft-bodied insect including small caterpillars. However, their favorite bug-food appears to be aphids. 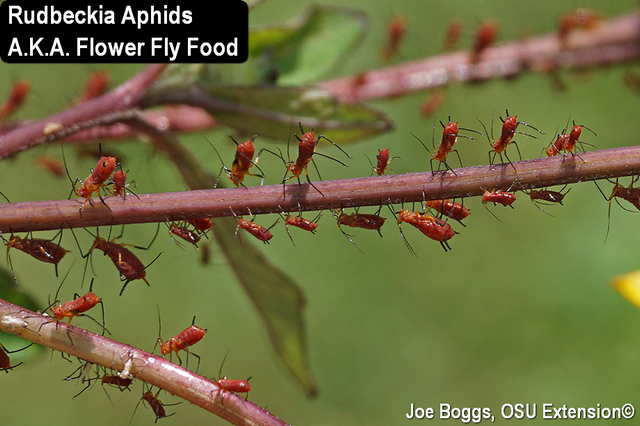 The sticky, sugary honeydew expelled by aphids serves as an "eat here" sign by attracting female flower flies so they can lay their eggs near their maggot's meat items. The maggots are equipped with harpoon-like mouthparts that have a small hook at the end. The flower fly maggot rams its mouthparts into its hapless aphid victims to guzzle the essence-of-aphid. 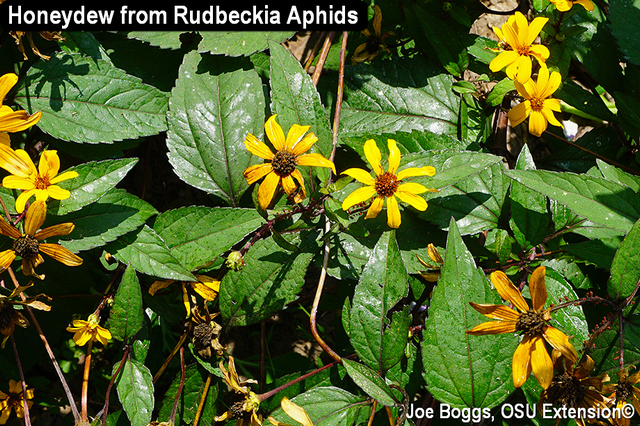 Flower fly maggots can have a significant impact on aphid populations. So, don't swat or spray those two-winged "sweat bees!" The flies provide a twofer in Ohio landscapes because they are both plant pollinators and insect predators.

Protecting plant pollinators is commonly viewed as only an insecticide use issue. However, flower flies illustrate that pollinators themselves can play a critical role in reducing the need for insecticides.

In fact, there is a wide array of beneficial insects that wear two hats; they are both pollinators and enemies of other insects. This dichotomous life style not only applies to flower flies, but also to predaceous wasps, such as paper wasps and yellowjackets, as well as parasitoid wasps.

Adding "pollinator plants" to landscapes provides significant support for these and other bio-allies that can play a critical role in suppressing pests. "Butterfly Gardens" and "Pollinator Gardens" should be appreciated beyond their support of pollinators; they're also pest management tools.